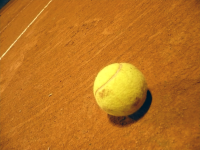 I was watching the interview of tennis player Yanina Wickmayer where she explains why she did not fill in her whereabouts in the ADAMS computer system. As a result, she got suspended for one year.

I do not want to take any position about this decision (there are enough Facebook groups that do that), but this story reveals some typical problems that need to be addressed when introducing a new software tool:

WADA, Vlaamse Overheid, if you need any help, let me know. I see it as my contribution to Belgian top tennis.

The people from TechSmith (Camtasia, Jing, Snagit…) recently polled their community for best practices and tips for creating effective screencasts, software animations, screen demo’s, whatever you want to call them.
They bundled the result in a 3-page booklet, in a kind of “tag cloud” format. Quick to read, and very valuable!

A lot of IT projects fail because users struggle with the change that the new tools bring them. As an IT implementer or trainer, it is good to “unlearn” everything you know about the software, and view it from a user perspective.

The video below shows that what is simple, is not always obvious! 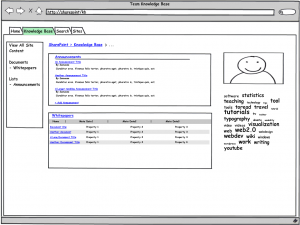 When you are talking to a customer about the setup of their new SharePoint site or portal, very often they have trouble visualising the structure and look and feel of the interface they will get. Of course, it is rather easy cranking up a virtual machine and prototyping in SharePoint directly, but then you risk that they will focus on the colours and fonts instead of the functionality they will get (you know, the marketing guy saying: “that’s not the blue of our house style!”).

During the SharePoint Best Practices Conference last february, I attended a workshop by Ruven Gotz, and he talked about Balsamiq Mockups as a tool to help you run requirements workshops. I tried it out today, and it really is a great application that any Information Worker consultant should have in his/her toolset.

If you want to know more:

Reasons enough to give it a try. And if this would not be enough, read some more about the company behind this product. In an era of profit, shareholders value, unlimited growth, they got their priorities right.

As an IT professional, you meet a lot of people who are disappointed, sad, angry or even frustrated about the quality of the software they need to use every day. Maybe it is good to share a positive experience with software…

A friend was celebrating her birthday, and as always a lot of pictures were taken. But the next day, the 4 GB SD card contained… nothing!

In an ultimate attempt to save the pictures (they had been there, because we previewed them at the party on the camera), I called google to the rescue, to find a program called CardRecovery. I must say I was rather sceptical.

On the website, you could download a free trial version, that allowed you to preview the images, but not to recover them. That’s already something, at least you only pay when it works 🙂

I installed the program, attached the camera, let it run for about half an hour, and… it showed me the preview of the 500 lost pictures! Including a “Buy Now” button, of course 😉

I clicked the button, payed the price (29 €, very reasonable), entered the license key, clicked “Next” and it recovered the pictures. I did not even have to close the program.

So you see, lighten up! There is great software out there!

This website uses cookies to improve your experience while you navigate through the website. Out of these, the cookies that are categorized as necessary are stored on your browser as they are essential for the working of basic functionalities of the website. We also use third-party cookies that help us analyze and understand how you use this website. These cookies will be stored in your browser only with your consent. You also have the option to opt-out of these cookies. But opting out of some of these cookies may affect your browsing experience.
Necessary Always Enabled

Any cookies that may not be particularly necessary for the website to function and is used specifically to collect user personal data via analytics, ads, other embedded contents are termed as non-necessary cookies. It is mandatory to procure user consent prior to running these cookies on your website.